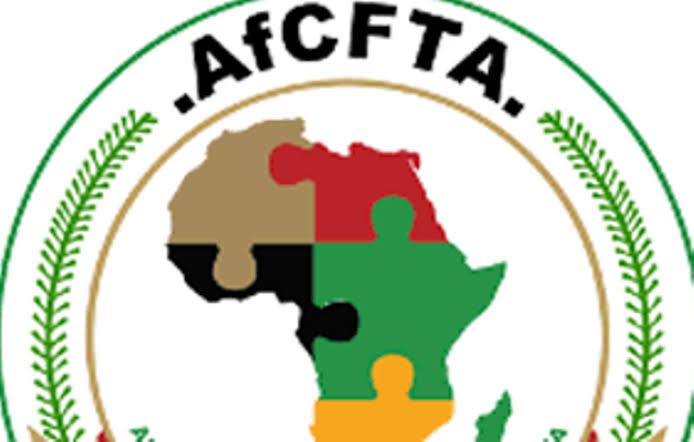 The African Continental Free Trade Area (AFCFTA) represents the African Union member stateswhich have signed and committed to a free trade agreement. The purpose of the agreement is to reduce border trade restrictions and bring more economic opportunity to poor African countries.

The free trade agreement tears down the trade barriers between African Union member states to create one stable marketplace for all. The AFCFTA member states have agreed to refrain from imposing tariffs and barriers on all their exported goods and services. By doing this, it increases the diversity of the exported manufactured goods coming from these countries.

Ghana is one of the African countries that has benefited the most from the free trade agreement. The AFCFTA secretariat was commissioned to be located in Ghana’s capital city of Accra. Now Ghana leads the effort in creating a more self-reliant African continent that does not depend on so much foreign aid for its survival.

Approximately 54 nations have signed the free trade agreement. Each of these nations is closely integrated now and can help stabilize each other’s economies whenever economic disaster strikes them. The recent COVID-19 pandemic was a perfect example of this after the global supply chain shut down for several African countries. But now that they can keep resources flowing between themselves with more stability, they don’t need to depend on external suppliers as much anymore.

The African Union has noticed significant economic growth and self-reliance for a long time in Ghana. That is one reason why it decided to allow Ghana to host the AFCFTA secretariat.

Since the free trade agreement was signed, Ghana has seen its GDP growth average roughly 6%. It also ranks second place on the United Nations Human Development Index of West Africa. The only other West African country that surpasses Ghana is Cape Verde.

Another reason Ghana was chosen to host the secretariat is due to its security. It happens to be one of the most secure West African countries on the continent. While that is beneficial in some respects, it does slow down transits in and out of the country.

For instance, the Ghanaian border has several checkpoints for people and supplies passing through the country.But the minor inconvenience of multiple checkpoints only slows down exports to other companies. The jobs created within Ghana are what is essential to the national economy.

Ghanaian President Nana Akufo-Addo pledged $10 million to establish the secretariat. The African Union agreed to donate funds to help set it up as well. Now that the secretariat finally has been developed, the Ghanaian government believes it will stimulate Ghana’s hospitality and services sectors.

It will open the country to more international exposure and create thousands of new jobs for Ghanaians. The secretariat has also hired a wide range of employees, including translators, economists, technicians, and administrators. It creates job opportunities for both skilled and unskilled workers alike.

Ghana Talks Radio has reported that President Nana Akufo-Addo wants all Ghanaian businesses to utilize the benefits associated with the AFCFTA. He assured businessowners that trade between Ghana and the other African Union member states would be free of quotas and tariffs.

AFCFTA exposes Ghana to a marketplace with roughly 1.2 billion people. For months now, Ghana Radio has emphasized how much good it will do for the national economy. It creates jobs for younger Ghanaians while allowing older Ghanaians to become successful entrepreneurs.

As a result, Ghanaians are less likely to experience food insecurity and poverty. More companies and businesses outside of Ghana will invest in the country for the first time. The AFCFTA is such a rare opportunity for Ghana to actually become a country with consistent economic growth and reduced poverty.

The Commencement Has Begun

According to Ghana News, the AFCFTA commenced on January 1st, 2021. There is a lot of hope and optimism about what this will do for Ghana and West Africa. Everyone from business and academic leaders to policymakers has expressed their enthusiasm for the economic growth in the region.

For the first time since 1995, the West African export growth rate has increased by a factor of four. It appears like the Ghanaian government’s main objective is on track to succeed so far. As more exports leave the country, more wealth and business come into the country.

Ghana has opened up several new manufacturing plants to sustain the demand for its exports. Even with the ongoing threat of COVID-19, it doesn’t look like things will slow down in Ghana anytime soon. The country is predicted to make an invaluable contribution to the combined $3 trillion GDP of the African Union member states over the course of 2021.